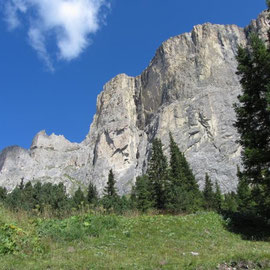 First day at the Sella we explored a new route at the south face of Piz Ciavazes called "Schirata". However, we found the first pitch in very bad shape, loose blocks of all sizes and wet holds. After I downsized the ledge of the first belay by 500kg we decided to traverse into the Zeni-Verschneidung, a lovely looking dihedral. Strenuous crags, dihedrals and a roof finish led in 7 pitches to the “Gamsband”, a green ledge where many roots finish because of the changeable nature of the upper half of Piz Ciavazes. 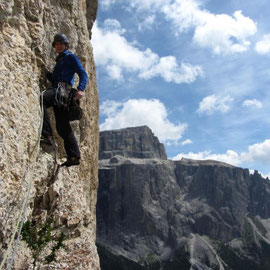 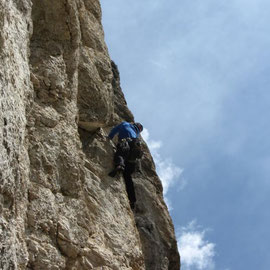 Große Micheluzzi is big adventure! Easy start followed by 90m of traversing with some down- climbing. After the big ledge in the middle of Piz Ciavazes called “Gamsband” the route follows the obvious system of chimneys and dihedrals with fewer pitons and reduced quality of rock. Nonetheless it is worth climbing to the top of the mountain because of the beautiful view to Marmolada, Sass Pordoi and the Sella towers! 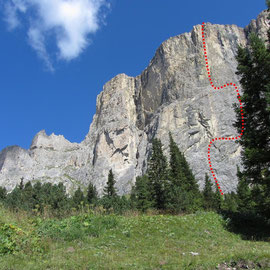 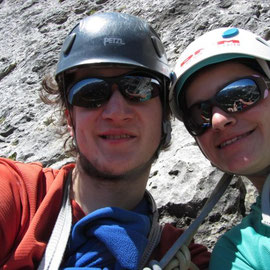 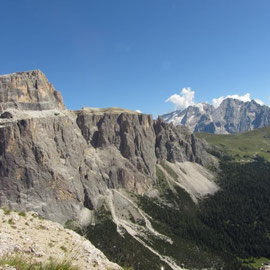 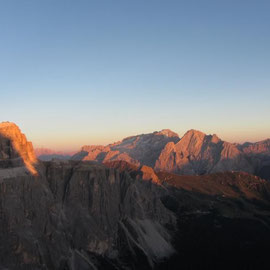 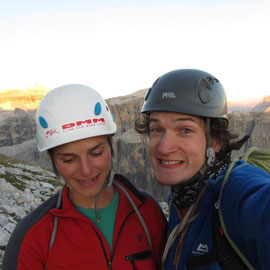