Freeclimbing a BigWall on trad gear is probably one of the most desirable goals in climbing, at least for those who love to suffer, haul an insanely heavy bag and go hungry for several days! El Corazón is one of the few Bigwalls in Yosemite that cannot be aid climbed, holding five 5.12 and five 5.13 pitches, which make the route intimidating but really exciting at the same time. We climbed the first 14 pitches in one day and got stuck on the first crux pitch, the ‘Beak Flake’ 5.13b (8a) because it was too hot to climb its boulder-section. Making use of the early morning chill we just sent it, after which we had to traverse loose, scary, poorly protectable rock and slabs to get to the base of a big dihedral system, the promiment feature of our route. Inside the dihedral the ‘Kierkegaard Chimney’ and the ‘Nietzsche Chimney’ tried to scare us off the wall but actually dragged us in and they were reasonably protected. There seems to be an analogy between philosophy and squeeze chimneys! The biggest question mark for us on El Corazón was the big 5.13b ‘Roof Traverse’ on pitch 28: the famous picture of Alexander Huber climbing it in 2001 had impressed us deeply. We had to weather out several big thunderstorms and a following very cold day on the wall before we put our feet to our hands and tried the crux pitch again. This roof, we agreed, was the hardest pitch of climbing we ever crawled along! It felt like a struggle for sideward progress and we both had to try so hard before we finally succeeded!!! All doubts and fears suddenly vaporized, we almost forgot how hungry we were after having spent 12 days on the wall! Sharing this unforgettable experience made us stronger not only physically but also mentally. Before this route we had little clue how astonishingly strong we could climb only by the strength of will how much perseverance we had!

[Facts: El Corazón, 5.13b, 35 pitches, FFA Alexander Huber October 2001, TOPO here, our style: free ascent, October 2015, 12 days on the wall, swapped leads but both led the crux pitches, we rappelled in to work the upper crux pitches before we started from the ground] 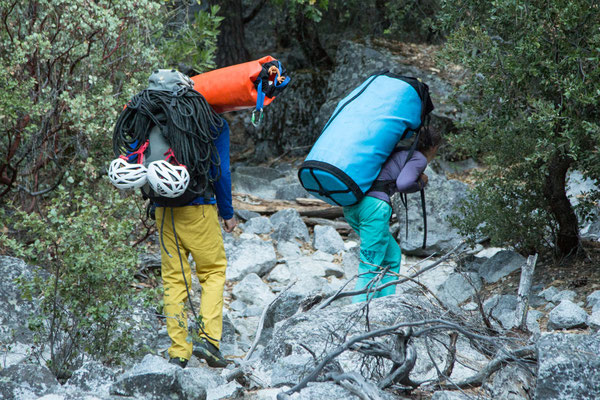 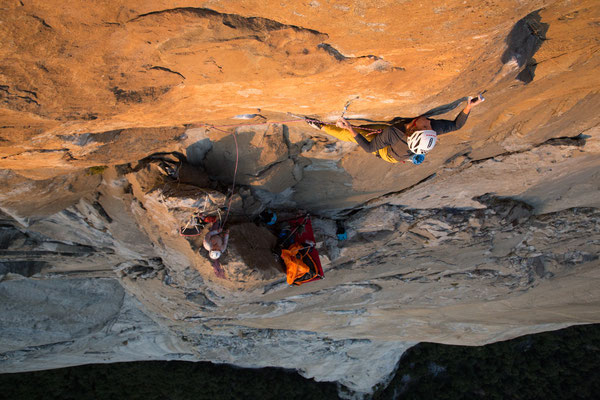 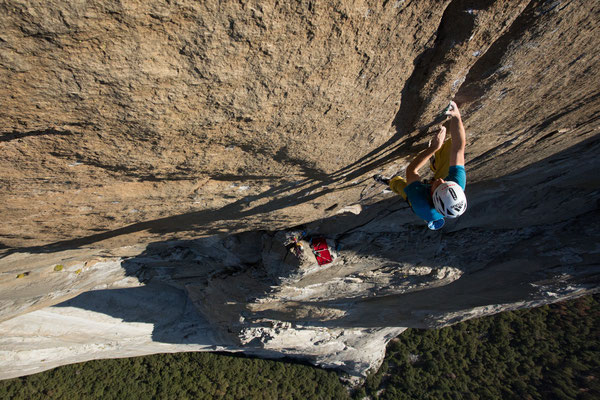 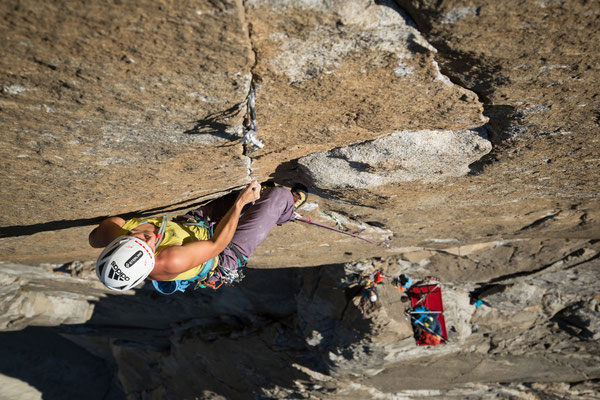 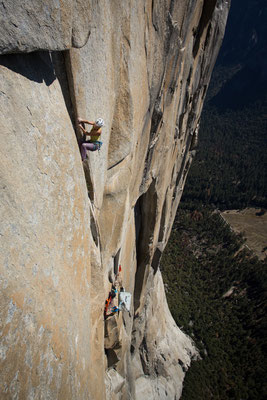 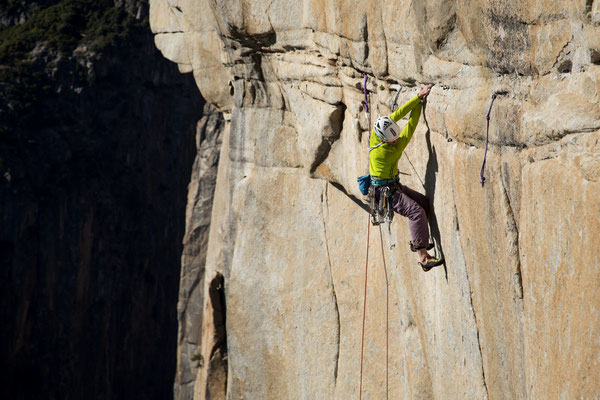 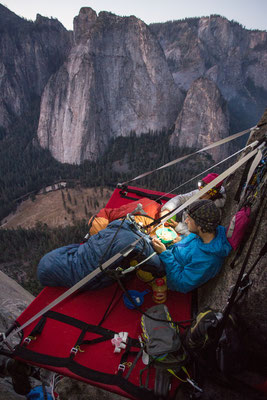 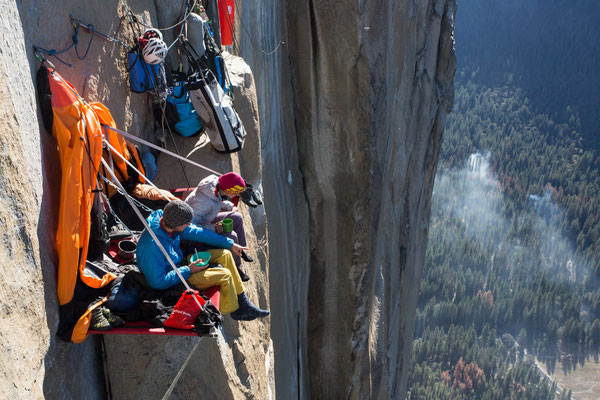 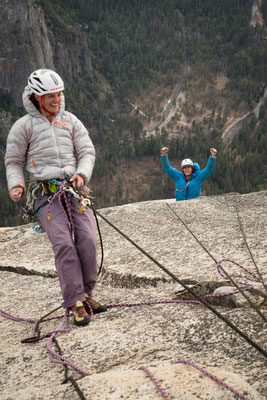