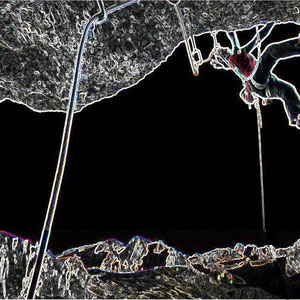 Via Italia? Piz Ciavazes? Ringed a bell somehow; I saw pictures of Mauro Bole (“Bubo”) climbing roofs with the Marmolada North Face in the background in 2006. It used to be a classic aid line: “V, A2”. Freeclimbing however involves 8a roof-climbing and overhanging 7c+ fighting with an aggressive crimp-finish. Well-actually that’s not my bag, I am more into slightly overhanging face climbs but… it is an impressive looking line along several roofs on the left side of Piz Ciavazes and attracted us!!! Seen from far away it still looks ordinary… 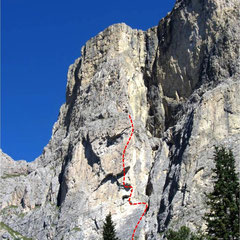 But standing right below "Via Italia" faces you with the special character of the line. 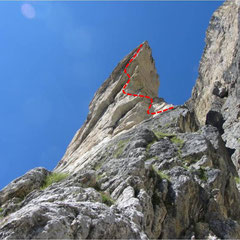 Chrissi (the engineer) prepared himself for an extended belay session: he built a belay seat out of his backpack insulation, one of our bed pillars and loads of tape. 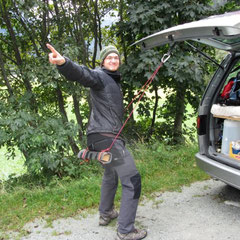 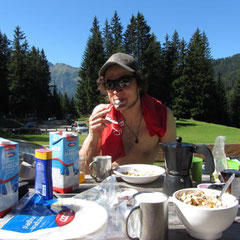 ...we attacked the wall! 55m of grassy scrambling and a 6a warm-up pitch led to the real business starting with a 7b dihedral (tricky and powerful to a good ledge). We moved the belay 10 meter around the corner to work the 7c+ pitch. We bouldered, toehooked, heelhooked and kneebared, crimped and whined. And surprisingly we froze: the wind is pretty strong at the corners! 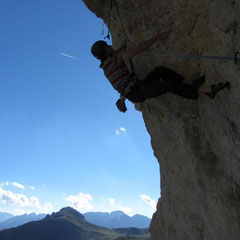 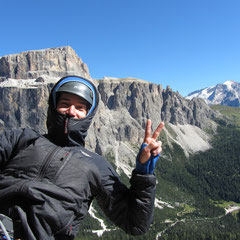 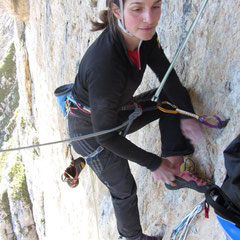 Finally we abseiled down; having kind of an idea how to climb this pitch! Chrissi shortly explains the 7c+:

The next day we climbed “Große Micheluzzi” (6a+) to the top of Piz Chiavazes and decided to work the rest of Via Italia the next day. Unfortunately it turned warmer but the route leads around several windy corners and the roofs get shady in the afternoon. After eight hours on Via Italia we reached the Gamsband with the entire beta in our heads! The route was ready to be send! We rested, had the awesome ice cream in Café Ladin/Canazei and started a redpoint attempt the next day. Hm. The 7c+ turned out to be kind of hard, especially the last two meter shot me down! I got it second try but there was not much power left! I struggled on the 8a roof pitch, tried again, fell off…too warm and not enough body tension or just: Not enough ice cream?! 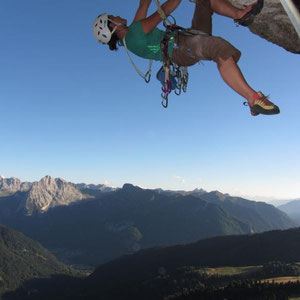 We abseiled down and decided to climb some north faces at Tre Cime: “Hasse-Brandler” and “Pressknödel”! On our way back to Sella we stopped for the Marmolada North Face and had a rainy day including some white surprise! 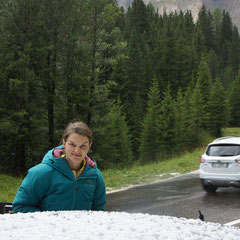 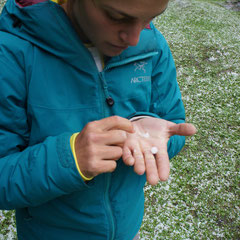 Luckily the hail cooled down the air and at 11am on August 27th we left the ground to tackle the route. The 7c+ was as hard as expected and I fell on the last crimps to the next belay. My next try was more successful: I crimped harder, catched the mono, reached out right and stood up to the chains! After the next 10 m on the balancy 6c slab I turned my neck below the roof! Sooo steep! I fell of three moves below the final jug around the corner! Uh, what a waste of energy! Down at the belay we hung around, sang some songs and had a sugary, caffeinated drink. 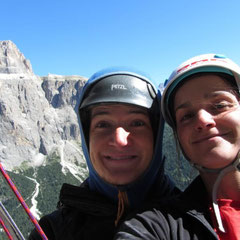 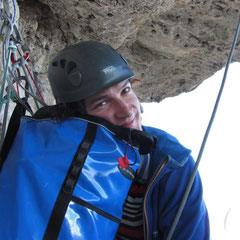 I felt exhausted so Chrissi tried the 8a and fell down ¾ of the way up with a: “hey, that’s not so hard until there, you’ll eeeeasily climb it!!!” So I concentrated, climbed up the “not so hard” bit, jumped to a good hold, crossed into an undercut, matched hands, matched feet to my hands and power-scream-dyno-crossed to the final hole above the roof!!! I clipped the sling, threw my feet around the edge and reached for the glory jug left! Woohooo! 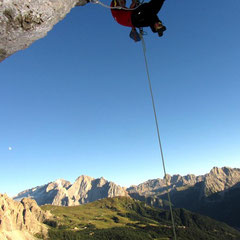 People at the base of Piz Ciavazes thought we were in trouble as it was already 7:30pm by that time (they shouted at us whether we are all right or whether we need help!) so we speeded up the 50m 6a to reach the last hard pitch: a 7a+ along roofs, dihedrals and a final delicate face climb. We had not free climbed this part two weeks ago so I just had a vague idea what to expect on the last 50m. Too good it was “just” 7a+, my arms felt so tired and after some long moves around a roof, a beautiful overhanging dihedral and some small pockets along the last bit I slung a block to belay Chrissi to the Gamsbad! 20:30 we stumbled down the Gamsbad descend, happy and hungry! Thank you Chrissi, you are the best motivator in the world and the most patient belayer!!! 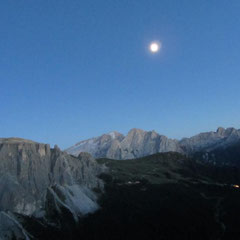 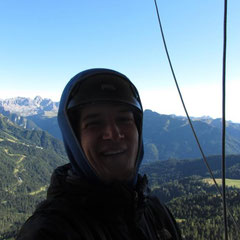 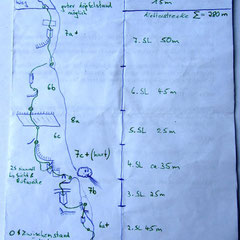